In conjunction with the Liverpool F.C International Academy (Liverpool Academy) Courts is pleased to announce the legendary footballer Ian Rush will be making a special in store appearance for Liverpool football fans alike.  The meet and greet will take place at Courts, Setapak on Sunday 2 December, 2012 from 11am until 12pm. 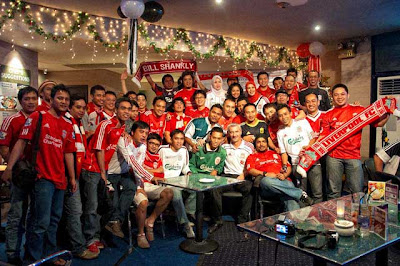 Ian is here in his capacity as head mentor and coach for the Liverpool Academy which will be taking place from 3 – 14 December at Persada Plus Mini Stadium.  The Academy endorsed by Football Association of Malaysia (FAM) is an opportunity for children to experience an international coaching programme taught and guided by Ian and his team of three expert Liverpool coaches.

A player that really needs no introduction, Ian has trademarked his skills on the football pitch as one of Liverpool’s top strikers, scoring a total of 346 goals in over 600 appearances.  Signing on as a young talent to the renowned football club, Rush too started off learning the tactical game through ‘The Liverpool Way’.  It is without doubt a privilege to mark his return to Malaysia for this once in a lifetime experience for all Malaysian youngsters.

This is an opportunity not to be missed for fans to get their favourite jersey autographed, ask questions about his days at Anfield and snap a photo with the man himself.  Mark the 2 December 2012 in your calendar now for a morning spent with one of the greatest goal scorers from one of the biggest football clubs, only at Courts.
at November 25, 2012