This just got in, fresh sourced from Samsung which I had the chance to read up this morning. Check out the details below. I was pretty impressed by the article so let me share it here. 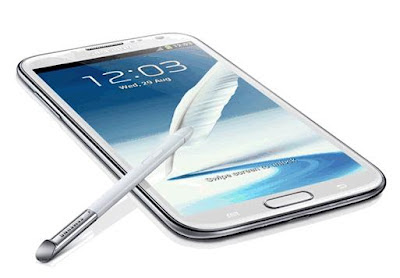 As many of you are well aware, Samsung has done a fantastic job of allowing the freedom of creativity and innovation in many of their recent products, including the Samsung Galaxy SIII and the Samsung Galaxy Tab 10.1. Their latest product is no exception. At the IFA (International Franchise Association) in Berlin today, the technology giant held the Samsung Mobile Unpacked 2012 Press Conference, where the company unveiled several exciting products, the most anticipated of these being the Galaxy Note 2.

Referring to the Galaxy Note 2, "Many mobile operators have shown great anticipation, 26 in over 18 countries," said JK Shin, President of IT & Mobile Communications Division at Samsung Electronics. It's safe to say that the device will likely be in high demand and that there will be quite a bit of competition between companies to offer the lowest and most appealing price to consumers. 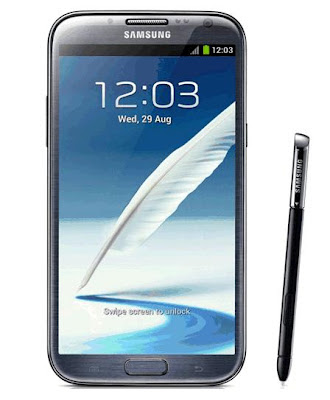 "Samsung’s philosophy is and will always be to provide customers with the best service based on the latest technology and innovations, regardless of any difficulties," stated Shin.

"Before we launched the Galaxy note in Berlin last year, there were smart phones and tablets, but nothing in between," explained Jean-Daniel Ayme, VP of European Telecommunication Operations. “We're taking it one step further with the Galaxy Note 2. It's the most powerful smartphone in the marketplace.”

“The enhancements begin with the new S Pen.” Enhancements to the S pen include increased pressure sensitivity, better grip, and a rubber tip. "When you write with it, you will be amazed at the precision."
The Glaxy Note 2 features a beautiful display, with a 16:9 screen ratio and a 5 by 5 HD AMOLED display to boast an “ unparalleled viewing experience. Although the screen is bigger, the body of the phone is not,” stated Ayme. And the phone is kept light, as it weighs in at only 80 grams. After going over the hardware specs, Ayme transitioned on to the really exciting part: the unique features of the device. “Let’s talk multitasking; with Galaxy Note 2 you will be able to do more.”

Air View: Gives you a preview of various contents. "Hover S Pen over something, an email for example, and you will see information from that email. In your gallery, you get a very nice display of the pictures in your album without opening it. So you can easily see if the picture you’re looking for is in that album or not."

Popup Note: “When you have to quickly jot down and address or number, there’s never a pen and paper, around, never. Pop out the pen while talking, and you can write it down.Gives you pen and paper whenever you need one. Press down on the button on the S pen and it will change the preset color to something else.”

Popup Video: You can watch your video while you’re doing other things, like reading and e-mail'or checking in with friends. And the world let out a big 'hurrah!" 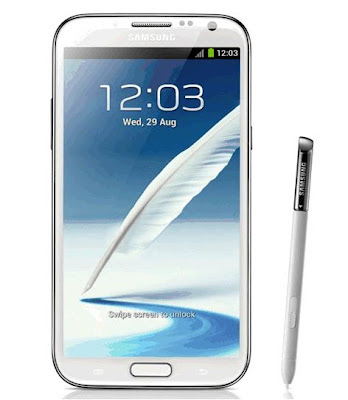 Easy Clip: As soon as you select an area with the S pen by drawing a shape around the part of an image or web page you wish to save, you can easily clip it and share it through an e-mail, MMS message, or other sharing options! Wow, innovation. “Once you try this, you will love it, too.”

The S Pen "allows you to get away from the keyboard and really personalize things." Samsung definitely understands people who love journals and personalization.

Photo Note: Allows you to jot down quick thoughts and comments on pictures you would take. You can flip pictures over to write something on the back. “A very nice blend of analog and digital, I think.”

Continuing on the topic of personalization and creativity, Ayme went on to describe the Idea Visualizer, which “allows you to express your ideas and add some color to what you’re trying to say.”

He then explained that the company has been working closely with an array of developers in order to produce apps optimized for use with the S Pen. "Sketchbook, for example, has all the tools you need to draw, paint and sketch, which are only enhanced by the use of the S Pen." Ayme also mentioned an app called Draw Movie, which seems to have the exact same object as an earlier game, Draw Something, originally made awesome by OMGPOP! and then subsequently purchased and dealt with poorly by social gaming giant Zynga. Hopefully Draw Movie will be more user-friendly and fun to use.

The company has also spent a lot of time producing accessories and tools that will support the Galazy Note 2. Premium-grade accessories made specifically for the Galaxy Note 2 include flip covers, protective covers, docking stations and many more.

As Ayme concluded the segment on the Galaxy Note 2, he promised that customers who own the Samsung Galaxy SIII, the first Galaxy Note, or the Galaxy Tab 10.1 will receive updates to the latest version of Jelly Bean soon and once that happens, data will be available to be synchronized throughout their Samsung devices.